One Day at Ethical Elephant Sanctuary In Thailand

We had the opportunity to spend a day at Ethical Elephant Sanctuary in Thailand. It was one of the best experiences in life. Read all about our adventure.
Read More

The chance to interact with elephants is one of the biggest draws to Thailand. This is also one of the best experiences that you can have in life. We have the opportunity to spend one day at Ethical Elephant Sanctuary in Thailand.

Unfortunately, there is a lot of animal abuse to give the tourists what they want. In this part of globe animals like elephants can play a big role in tourist’s activities, riding elephants is a very common business in Thailand. It is also a common practice in Asia.

But not all elephant sanctuaries make their money off mistreatment, it will depend on tourists to reverse these activities.

There are plenty of sanctuaries that dedicate their lives to providing a happy, healthy, and safe home for elephants to thrive. But, be aware, don’t be foolish enough because some of them said that don’t ride elephants or don’t use them for work and that’s not true.

We have done a lot of research and found this remote place, running by village people, the Ethical Elephant Sanctuary in Thailand.

The story behind Ethical Elephant Sanctuary

Tired of cruel practice which hurts the elephants and is detrimental to their long-term health, the Karen people create this sanctuary.

They owned a piece of land where the community exists. But, they actually want to do something more to nature and animals. So, the Ethical Elephant Sanctuary was born.

Here the main go is supporting at-risk elephants and the local community in a sustainable and responsible way, not only to be profitable.

They love elephants so; they want a better way to allow people to interact with these intelligent and majestic creatures without hurting them. Visitors can interact with the animals in totally natural ways - like bathing them or walking with them through the jungle greenery. If you want you can even volunteer. As a volunteer you can expect to take care of the elephants, with the supervision of the mahout; teaching English to the children in the Karen community; work in the eco-farms, to ensure the sustainability of the community and experience all Karen community culture.

The process to bring elephants from captivity to here sometimes it is not easy, in some cases the Karen people had to pay to bring the elephant to safety. When they finally are at Ethical Elephant Sanctuary they have one carer for every elephant, called mahout. The mahout is responsible for the new best friend diet and everything the elephant need it. It is a bond for life.

When you spend money here you are helping to continue the good work on rescue, access more land and food for the elephants. If you are in Thailand the Ethical Elephant Sanctuary is where you can make memories with the gentle creatures and support their proper care in an ethical way.

I know some people must think to interact with these big animals like elephants are crazy. But, in fact, they are gentle and very playful creatures.

The elephants you can find at Ethical Elephant Sanctuary in Thailand are Asian elephants. The Asian elephants are even not so big as the African ones. They also have distinctly smaller ears and smooth skin, grey to brown in colour.

The Asian elephant has a normal life expectancy of around 60 to 70 years. But, some can even live past 80 years old.

The trunk of Asian elephants is harder than that of others and they have just a single lip, the lower one. Most of the tip of an elephant’s trunk has two folds of skin called ‘lips’.

One of the most visible differences is in the tusks. One fascinating reality about the Asian elephants is that the female elephants either lack of tusks or have just simple tusks. Such simple tusks are called 'tushes' in females. Then again, not every single male elephant have tusks; some need them don't have any. Very nearly 90% of male Asian elephants found in southern parts of India have tusks; while just around 5% of those found in Sri Lanka have tusks.

Elephants are social animals, moving around in small groups. Often led by the oldest and largest female, especially during migrating.

Elephants have even been portrayed as timid animals. An elephant will probably escape from a site as opposed to stay and assault if there should be an occurrence of the risk. They have not very many adversaries, due to their size. No one wants to mess with them, even if they are docile and gentle.

Elephants have increasingly become an endangered species. This fact is due to the loss of their natural habitat. Human exercises prompt infringement of the elephant’s space and territory. Poaching activities have likewise prompted a decrease in the number of wild Asian elephants. The ivory tusks are of incredible value, and elephants have been sacrificed for this. Even though the trade of ivory has been prohibited since 1975, people still do it illegally.

The Asian elephants maintain a vegetarian diet, feed on grass, leaves, tree barks, tender stems and even fruits. In captivity, elephants also like bananas, rice and even sugarcane.  They drink 80 to 200 litres of water per day.

Why should you support Ethical Elephant Sanctuary in Thailand?

First of all, you have to bear in mind that this sanctuary it’s not a big business. The majority of elephant sanctuaries in Chiang Mai it’s not like this as they belong to big business owners.

Here, they are a family-owned place who are been looking for elephants for generations. They support the Karen community and rely on them for the success of the sanctuary.

In this sanctuary this doesn’t ride elephants, don’t use them for work, or keep them chain. They believe that riding is a cruel practice that hurts elephants, deteriorate their health and make them unhappy.

They really are against any kind of practice that requires breaking the elephant spirit before they can be ride.

Their main concern here is the elephants; they live for the elephants so unlike most of the sanctuaries they are not concerned with profit. Of course, the money that you spend on this experience it's reinvested to give the best life to the elephants and to rescue more of them from hardship.

Here they are a family, the elephants, the mahouts (elephant caress), and the Karen people. You can be part of this family too. Just support the Ethical Elephant Sanctuary in Thailand, go there, visit the elephants, live this unique experience, donate time and money, talk about it on social media. 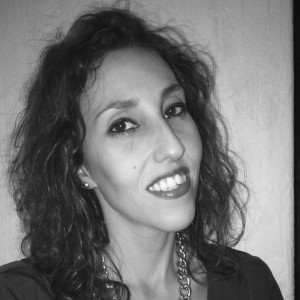 Why is Sustainable Tourism so Important